I am new to the forum.

I have one question, or should I say one worry (which inspired me to join this forum today). I plan on losing a total of around 9 and a half stone. I have lost 5 stone in the past and slowly gained it.

My main worry about getting down to my goal weight is loose skin. I've tried looking at various sources on the internet, but nothing seems clear. When I lost 5 stone, I didn't have any loose skin, but obviously losing an extra 4.5 is a lot!

Are there any ladies out there that have had that kind of weight loss with very minimal loose skin?

Is it genetics, or the foods you eat, moisturiser, or exercise that helps your skin keep its elasticity? Or perhaps slow weight loss?

If anyone could advise, I'd really appreciate it
Get Rid of this ad and join in on the conversation for free today! Tap here!

S: 17st9lb C: 10st9lb G: 10st7lb BMI: 23.3 Loss: 7st0lb(39.68%)
A lot depends on your age, you didnt mention how old you are. Im 56 now, and ive lost just about 7 stone in the past 9 months At my age I can expect to have a bit of saggy skin anyway, but I was getting very worried about it a few months ago as it seemed to be in evidence. However, Ive lost just over another stone since then and things do seem better, it certainly hasnt got any worse.

I think if you lose weight slowly it may give the skin better chance to regain some elasticity, I lost mine pretty fast though and im not really that unhappy with my skin now. My upper arms are the worst area, and just inside the tops of my thighs, but nothing I cant live with. My boobs are probably the bit that has suffered most, but a good bra does wonders.

What will happen will happen, no doubt exercise would help a lot but im too lazy lol. No harm in using moisterisers or bio oil and it may help, exercise is probably your best bet though, and drink lots of water to keep your skin in good condition.

I am not a thin person, I am a fat person trapped in a thin body. Yayyy!!!

Join the 3 day challenge to see how much you can lose in just 3 days! http://www.minimins.com/challenges-weight-loss-otherwise/231455-3-day-challenge.html

Sadly I have a lot of loose skin . And despite exercise it's not moving . three children lol so to be expected I guess . My doc
Has recommended me for a TT . Bless him . X

S: 92kg C: 61kg G: 55kg BMI: 24.4 Loss: 31kg(33.68%)
I once found a VERY interesting website that opened my eyes on the fact that the so-called "loose skin" is not skin after all. If you look at your skin, it's at its thickest at your talon and at its thinnest at your eyelid. Try to pinch your hand and you will see how thin your skin is... certainly not thick like you see in the so-called "loose skin". in reality what we call "loose skin" is excess fat that is left showing because our muscle mass has decreased. This is caused by a too quick weight-loss which is due to under-eating too much and not exercising. When you lose 3 or 4 lbs a week in reality you're mostly losing muscles. The more muscles you lose the more your skin will look saggy because your body will go in starvation mode, retain the fat (rubbish for you but precious resource for your body!) and lose the "mouths to feed", which are vital to keep the shape we want and hang the skin and fat to SOMETHING.

You can read more about it here: The Myth of Loose Skin I think that it's a website really well done.

What I have noticed is that with propoints I'm staying mainly the same as weight, but my saggy skin is decreasing, which means that the composition of my body is changing! 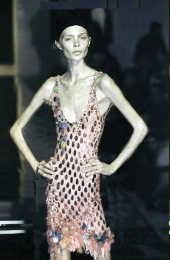 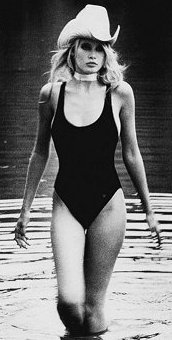 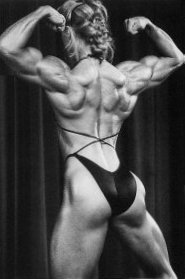 The model in the photo on the left has sacrificed much lean body mass while lowering her body fat level, and she obviously appears extremely emaciated. Surprisingly, her body fat percentage could actually be higher than the models in the other 2 photos! How could this be when she is just skin and bones?

For example, if she loses 40 more pounds, all of her lost weight will come from lean body mass, since she has already reached her essential body fat level. Therefore, now weighing 60 pounds and still carrying 6 pounds of body fat, her body fat percentage has risen from 6% to 10%!

If this model gained lean body mass, which she could easily accomplish by increasing her calorie intake to replenish her depleted muscle mass, her overall proportion of body fat to bodyweight would decrease; she would actually lower her body fat percentage by gaining lean weight.

The model in the photo on the right, a female bodybuilder, carries the greatest amount of lean body mass of the 3 models. This reduces her body fat percentage to between 6 and 8 percent, making her the leanest of the 3 models.

When trying to improve your body composition, losing body fat only accomplishes half of your goal. The other half is determined by the amount of lean body mass you have. These photos graphically illustrate how different levels of lean body mass affects one's body fat percentage, which in turn determines the overall shape and leanness of your body when losing weight.
Click to expand...

Is this any clearer now? THIS is why I think ProPoints is a great diet. Check your measurements girls, because although you might not lose weight, you WILL definitely lose inches!

Z
New to the site and diet - looking for advice