What true story have you read which was really enthralling?

Detailing a childhood of severe abuse by his mother. He was brutally beaten and starved by his emotionally unstable, alcoholic mother: a mother who played tortuous, unpredictable games that left him nearly dead. Painful to read in some parts but a brilliant book
Get Rid of this ad and join in on the conversation for free today! Tap here!
Last edited: 6 November 2011 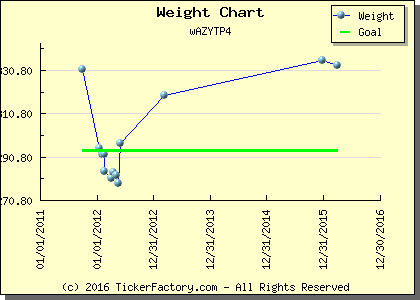 I can't remember the name but its by a lady called Dana fowley , its the most horrific story of a girls fight against sexual abuse by nearly every member in her family and parents friends and associates . A true fighter who, as an adult tries to get these discusting people sent to prison for their crimes .

S: 16st0lb G: 10st0lb
Will find it later coz not sure who wrote it but daddy's little earner was horrific have loads of them including 1 where her dad got her pregnant and her mother killed her new born child with knitting needles its terrible but great reads to see them come through the other end xx

I keep trying to lose weight... but it keeps finding me!

[FONT=times new roman,times]I have gained and lost the same ten pounds so many times over and over again my cellulite must have déjà vu.[/FONT]
M

Billy Tipton was an American Jazz pianist and band leader but in fact he was born Dorothy Tipton, and almost nobody knew the truth until the day he died in 1989. Over a fifty-year performing career, Billy Tipton fooled nearly everyone, including Duke Ellington and Norma Teagarden, five successive "wives" with whom Billy lived as a man, and three children who he "fathered."

What is fascinating is that Billy never underwent any kind of surgery or anything like that, never took drugs or hormones - 'she' just dressed as a man, bound her breasts ... told 'wives' that he had sustained severe injuries in an accident to explain the bandages. None of them ever saw him naked, or take a bath or anything like that .. but unbelievably claim to have had a normal sex life with 'him' - always in the dark of course. The children were all adopted, but they all grew up believing their dad was their dad. It was literally only when Billy died .. that the truth was discovered.

It really is the most fascinating book - and tells how Dorothy (a good looking young woman by the way) first started dressing as a man to get work as a band musician. She was born in 1914 and in the late 20s and 30s it wasn't easy for a girl to get work in a very male dominated business. But why she carried on .. and indeed went on to live her entire life as a man, keeping it secret from everyone ... is what makes the book so fascinating. Billy even had some TV success and recorded albums .. and no-one knew.

Billy Tipton's real life story 'inspired' the novel Trumpet by Jackie Kay which is on the English educational syllabus (I know we did it when I did my English degree). I'll choose my words carefully but I would say it was a bit more than 'inspired' by it. The similarities between the real life story and the fictionalised account (of the life of Scottish jazz trumpeter Joss Moody whose death revealed that he was, in fact, a woman ... told through the voices of Moody's wife, his adopted son and a freelance journalist) are quite remarkable. Uncanny in fact .... and that's all I'm saying.

But I would recommend the biography of Billy over the novel any day. It is a better read for starters, and of course the fact that it's absolutely true and the author interviews all of those who knew him - sons, ex 'wives', fellow musicians, other family members, and there are lots of pics ... it really is a remarkable story.

Debs1972 said:
I have read a few but the best was - "A child called It" - Dave Pelzer's autobiography.

Detailing a childhood of severe abuse by his mother. He was brutally beaten and starved by his emotionally unstable, alcoholic mother: a mother who played tortuous, unpredictable games that left him nearly dead. Painful to read in some parts but a brilliant book
Click to expand...

S: 8st7.2lb C: 8st4.4lb G: 7st3lb BMI: 20.6 Loss: 0st2.8lb(2.35%)
There was a book read once, written by a gay Vietnamese(I think) guy telling of his life, and the struggles and life of a homosexual living in his country, until he moved to america, and some of the relationships he had after that. I enjoyed it greatly, shame I cannot remember the name of it or the author

I'm not sure how true it was, but The Other Boleyn Girl was really good. It's historical fiction, so it takes the important moments and facts and then extrapolates them to a full story.
Life is either a daring adventure, or nothing. - Hellen Keller

G: 10st10lb
'Sickened' is an amazing autobiography about a girl whose mother has Munchausen by Proxy, a mental illness where she pretends her daughter is ill for medical attention - the girl undergoes so many medical treatments that themselves make her unwell, and only learns that she was 'never ill' when she goes to college.
'The Little Prisoner' is one of the most heartbreaking stories of childhood sexual abuse I've come across, it's good but powerful.
On a lighter note, Billy Hopkins' semi-autobiographies (based on true events in his life with some embellishments and characterisations) are comical, I really loved 'Our Kid' which tells his life from age 6 to 17.
Weigh-in day: Monday morning
Week 1: -6lb
Week 2: -0.5lb - cheated with cocktails

Rachel57 said:
I can't remember the name but its by a lady called Dana fowley , its the most horrific story of a girls fight against sexual abuse by nearly every member in her family and parents friends and associates . A true fighter who, as an adult tries to get these discusting people sent to prison for their crimes .
Click to expand...

I also read this,it was amazing,just. Loved every minute of it. Excellent book.
D

welaughindoors said:
Yes, 'A Child Called It'. I think I cried all the way through this book. Such an horrific read.
Click to expand...

Totally good book. another three books follow it and the story evolves in a great way
C

I recently read The Grass Arena by John Healy.
Incredible story. Have a look.

I really enjoyed Midnight in the Garden of Good & Evil by John Berendt. It's about a murder that someone was arrrested for but not convicted I think it was a double jeopardy type thing if I recall. He always maintained his innocence so who knows???? A sort of backwards murder mystery but true! It happened in Savannah, Georgia so it's very interesting just to read about the city

'good' typo!! Silly autocorrect, that's not even a word

S: 14st4lb G: 10st0lb
A Million Little Pieces by James Frey for me, about a man and his stint in rehab to put his life back together. Couldn't put it down.

A Street Cat Named Bob by James Bowen was also really touching. Especially to a cat lover like myself!
mini goals