I've decided to make a thread for my food reviews and recipes, purely for selfish reasons that I keep losing them in my diary! Now I can keep them all in one post xx
Get Rid of this ad and join in on the conversation for free today! Tap here!
Biz xx
Exante - Diary

Strawberry and banana - Much more to my taste but still not my fave. Always make shakes with a blender, or a shaker at least, stirring isn't enough!

Lemon and Raspberry - Creamy, filling, but I don't like flavours this sharp.

Vanilla shake – great with coffee or on it’s own, it’s a staple for this diet as you can’t fault it.

Cherries and Berries smoothie - not my fave. Just not a fan of the manufactured fruity tastes!

Blueberry shake - YUK. I did not like this. For me it tasted like parma violets which I hate.

Lemon and Yoghurt Bar - Not keen at all. Texture was fine, yoghurt was a welcome addition but far, far too lemony for my mouth.

Raspberry & white choc chip - much better than the lemon one, not so tangy, would eat again.

Mushroom - Made it up with 200ml of water and in the blender. It was soooo creamy and yummy. Added onion flavour, salt and pepper. The salt was what made this for me otherwise maybe a bit too sickly with the creaminess.

Tomato - not a fan, don't hate it either. Tastes quite manufactured if you know what I mean. Kinda like spaghetti hoops.

Veg - alright but a bit plain. Need to play around with some herbs but was in a rush!

Thai chicken – this was really creamy and really yummy, but just chicken soup to me, couldn't taste anything that i’d say made it Thai. *EDIT - I think before as I halved the pack I got the chciken half, and this time I got the Thai bit there's some more flavour this time

Sweet and Sour Noodles - I'm not sure if this is my favourite, it could well be, it was so delicious. I added some 5 spice as others recommended - I think it tasted like peanut satay rather than sweet and sour. Loved it.

Shepherds pie - again LOVE! I think I just love the meals more than other people do. This is a good one for a sunday, feels like a wholesome sunday lunch added salt and pepper.

Mousakka - This wasn't half bad added a load of salt n pepper, maybe a bit less pepper next time - similar to the pie in a way, just a big bowl of brown yummyness haha

Diet Pizza - I really enjoyed this, it was my first meal back to exante after 3 years so it was a welcome change from the old soups, shakes, bars plan. I definitely made the base too thick as it was kind of soggy in the middle. I even turned half way to try and cook it a bit better and it was still not right. In future I want to make it nice and thin and hopefully it will crisp up a bit better. The grease-proof paper worked a dream and it slid right off the tray.

Carbonara - Carbs by name, but not by nature this time, can't believe they have my on of my all time fave foods on Exante! Made it with cold water by accident so heated on the stove, took quite a while to get it creamy but worth the wait. Flavoured with garlic granules. YUM!

Ham and Pasta pack - yummy like the carbonara, creamy white sauces are my favourite kind

Breakfast eggs - I only tried these with extras (ham, bacon, mushroom) Judging by the smell, I'd not like them alone, they seem quite dull. I will keep these day days when I'm adding a bit of food but give them a thumbs up as they make a nice omelet.

The exante burger in a bun - by far the best thing I've eaten on exante. More info & recipe here

Spag bol - I think this was kind of similar to the moussaka - still quite yummy, added garlic granules and a cheeky bit of parmesan (naughty)~

Sausage patty in pitta - so technically this is 2 meals, but you could half the pizza pack and half the sausage pack if you didn't want to use too many packs at once. Was delicious. Felt really full afterwards. Added onion powder to the tomato sauce before cooking to make it nicer.

Pancakes - I'm including this in puds cause it was a treat! I made it a bit too thick but know for next time. It would be even nicer with some of the waldens sauces but I only had a dribble left. Hmph!

Gooey chocolate pudding - I made this after shepherds pie and was lovely having dinner then dessert as I saved 2 packs. Wouldn't enjoy it on it's own I don't think as I'm not a very sweet person.

Frappuccino's - I've started making frappes in my blender. Half a shake, a bit of water depending how watery you like, a handful of crushed ice and 2 scoops on powerded coffee. YUMMY!

Mocha Latte - 2 scoops of a shake, whizzed up in the blender with about 50ml of water. Coffee made as normal, and topped up with the shake. MMMM

Boullion - this is ok as a hot drink between meals to fill you up. I'm such a fan of savoury stuff so I close my eyes and pretend it's a chicken dinner I got the reduced salt one tho and it is a bit bland.

Bovril Beef Cube - LOVE THIS! It's so salty and satisfying. Sometimes have this for lunch so I can save 2 packs for my dinner to have
Last edited: 14 May 2015
Biz xx
Exante - Diary


The only thing I actually agree with you about is the sweet and sour noodles! So weird! I love the lemon bar, and the cherries/berries and blueberry smoothie are my two favourite shakes :8855: 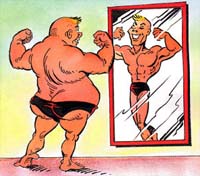 S: 15st4lb G: 10st7lb
Great reviews- and really helpful for we newbies to check out, so we have half an idea what to expect
DIARY :bliss:
http://www.minimins.com/exante-diaries/352536-perfectly-good-plan.html

These are so useful! Thank you Biz x
Any tips on what to do with the Tiramisu? I had my first one and it was a runny slop! ?