Getting my partner to eat better

S: 15st10lb C: 11st9lb G: 10st7lb BMI: 27.1 Loss: 4st1lb(25.91%)
Hi all
Iv been following slimming world for some time now but recently it has come to my attention that my partner doesn't eat great.
I know I cannot convert him totally as he is a picky eater and there are a lot of thing he wont eat.
At first I'm thinking of making simple changes. Changing to brown rice and wholemeal pasta.Iv already spoken to him about the amount of salt he uses and got him to cut back on fizzy pop
Does anyone have any suggestions/advice to help at all?
Get Rid of this ad and join in on the conversation for free today! Tap here!
Vicky:devilangel:
​

My hubby is a nightmare and so picky. Oh and I notice things his mum doesn't like, he doesn't like either!

He doesn't like cheese, yet eats a pizza? And doesn't like butter and won't eat a buttered sandwich, but give him a jacket potato and he puts 1/2 pound of butter on it! Go figure!!

Anyway, I digress. Who does the cooking? I do it Most in our house, and we've come to compromise. So I won't cook anything with cheese, or that he genuinely doesn't like, but other than that, if I cook it, he'll eat it, or at the very least, try it!

I think he's just given in now and would rather just eat what he's given rather than cook himself something else!!
My Diary!!

if vegetables are a problem you could hide them in a blitzed soup or add loads to things like stews and homemade burgers or shepherds pie - things like grated carrots should 'disappear' quite nicely in those! 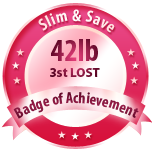 Do you cook his meals? If so, i'd be giving him a choice - eat what you cook (ie SW meals) or cook for himself. Its unreaaonable for him to expect you to cook 2 meals.

If you don't cook his meals, i'd just leave him to it. You can't force him to eat healthy food, but you can refuse to make it easy for him to eat badly.

Just to contradict the above, I made a roasted butternut squash, red pepper and chilli soup during the week and the hubby dipped his finger in and really liked it, since then he's had two large bowls full and finished the lot. This is sooooooo not like him. I think that has to be the most veggies I have seen him eat in the 5 years I've known him!

S: 1st2.9lb C: 0st10.9lb G: 0st10.9lb BMI: 1.8 Loss: 0st6lb(35.5%)
My Mr would happily not eat veg again if I didn't cook. But I love veg. It's the only thing we've had cross words about in 7 years. My point of view is anything so good for you , is not going to taste like KFC! And they are to be eaten for your health, so suck it up and man up! He does eat it most of the time now. My compromise is I don't put anything on his plate I know he detests, cauli broccoli courgette , or most green things! Like last night he left most of his carrots and onions from piri piri pork. He's been ill all week?? I pointed out that if he ate his ruddy veg, he wouldn't get ill in winter so much. He says it's my least favourite food? I say it's a necessity! I eat tons of carrots, I don't particularly think they taste amazing either! But I know they are good. He gets what he's given to eat end of. X

I can haz cake?

Cauliflower, broccoli, courgette (as mentioned) are things I really like. At first I tried them merely to "fill out" a plate or lunch. Brocolli, especially is now a favourite food, hell I even like sprouts!

It took me over 40 years, but I eventually learned to reduce salt, embrace fresh veg and try eating something better than the usual rubbish.

Eating like the old way now seems as alien to me as getting excited about brocolli might have seemed back then.

All-you-can-eat carveries these days consist of ignoring the unlimited supply of yorkshire puddings (can't believe that!) and some of them have up to 9 types of veg.

If these fussy partners have never even tried to eat healthy, maybe that could be the starting point?

S
The Slimming Mum - Losing weight for my wedding