Went for my first meeting on thurs!

Im joining ww on thursday in order to slim down for my wedding. I have done ww before years ago. What is this core thing everyone is talking about?
Get Rid of this ad and join in on the conversation for free today! Tap here!

S: 19st2lb C: 19st2lb G: 13st0lb BMI: 42 Loss: 0st0lb(0%)
Core is the second plan that WW offer (although they're introducing a third in jan apparently..) and its based primarily around eating non-processed foods, wholewheat pasta and brown rice. Unlike points where you can eat whenever you feel you need to, on Core you have your 3 meals a day where you can eat anything from the Core Food list (so fruit, vegetables, pasta, rice, potatoes, low fat yoghurt / soft cheese) and you also have 21points per week to spend on things that arent included, so things like bread etc (but these again have to be at mealtimes) outside of meal times you can snack on fruit and vegetables

great thing about Core is that you dont have to weigh anything! (unless you're taking it from your points allowance) I really enjoy it, and regularly swap between the two plans because I'm not a great cook and so every so often i fancy a change from jacket potato and beans or spaghetti bolognese (which are my staple foods while on Core )

i hope that made sense
Weight and Goals: 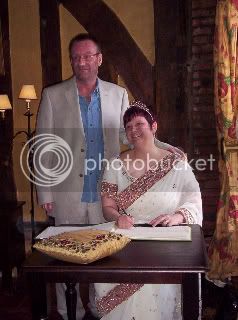 Welcome to the WW gang

Had a good day yesterday and today so far so good! Got a bit of a cold so not actually in the mood for food too much.

G: 10st7lb
Welcome! Don't worry about what you weigh now, because its the last time you will see that weight on the scales! Good luck.

Week 1 -
You must log in or register to reply here.