Just wanted to ask if it's possible to drink Coke O or Diet Coke whilst on LL? I know that many drink it whilst on CD, which is similar, however I wonder if this is the case with LL.

Would be great if it's possible to drink it, but I've got a feeling that you're all going to say "No" LOL!

Thanks,
Louale x
Get Rid of this ad and join in on the conversation for free today! Tap here!
Started - 12 Jan 2010

i wasn't allowed to drink it on CD until I started the 1000kcal step. If you really want to drink coke though, chose coke zero, as it doesn't have citric acid (apparently).
it won't do you much damage, the reason why they don't allow ppl to drink it on a vlcd is because it increases your appetite.

I know what you mean - but it is a definate no no, and something you may want to consider giving up entirely. I was almost more worried about giving up DC then food!! I was definately addicted to the stuff, and now, in week 9 of RTM and I haven't had one, or the desire to.

Reason I am saying best to give it up - there has been loads of research and Diet Drinks are found to cause weight gain. They cause your body to crave the bad carbs, etc. So as you have an opportunity now to break the memory of the taste - may be best to give it a miss! It is also very bad for a lot of other reasons too but its too early to think clearly!!

Good luck!
When did everything get so hard?

A little fact to help you stay away from coke is to remember they use it to clean car parts!! Can't be too good for our insides!

I haven't missed fizzy pop at all until this week. And it's been the thing I have craved this week!

We dont get the Sunshine Orange flavour!

I might have to! Beki demands artificial colouring goddammit!

Aww, thank you all for answering my question.

BL - I had no idea that drinking diet coke had an impact in such a way. Think I will be giving it a miss, it's not like I can't ever drink it again.

To be honest, I seem to drink so much of the stuff during the summer months, but not so much in winter.

Was just thinking last night that I'd never tasted Coke until I was about 11/12, never had it at home. So I'm sure I'll be able to live without it.

Thanks again for taking the time to respond.

But I decided, I knew by the time I finished the diet that I would have well and truly broke the memory of the taste, and the physicality of the addiction, so mde a pact not to have one again. I am on week 9 or 10 of RTM now, and have kept to that, and I really don;t miss it!! I enjoy lots of water still, and fruit juices or hot drinks. MOre then happy with the options available - so maybe by then you will shake the habit too!

ANyway - good luck! Your date is getting closer and closer!!

xx
When did everything get so hard?

I've never noticed any difference in the weight loss when I drink it. Interesting though, Andy, would be fascinating to see if that had happened to others.

The water flavouring shouldn;t have any effect - I used them 50% of the time as after about 4 months I got tired of just plain water. So the first half was without - the second with, and they had no effect. Hoepfully they won;t for you or Andy either.
When did everything get so hard?

laststraw said:
but I must be prepared for the carb craving consequences and withdrawal - neither of which are fun.
Click to expand...

That is a big reason too why I am giving it up - that and for the chemical content and side effects.

How about an Iced-Latte, or Iced Cappuccino for a caffeine kick?
When did everything get so hard?

I know what you mean GGF, while I was at Uni I was totally hooked on Pepsi Max. Could easily chug down 12 cans in day, and yes it certainly did make me want other sugary food as well, which of course I had.

I decided that enough was enough (it was getting to the point where I felt addicted, I HAD to go and buy at least a 6pack of them every day or else I didn't feel right, and that scared the hell out of me) so I just went "cold turkey" if that term can apply to a soft drink.

It was tough, and I felt some seriously withdrawl for a few days (who knew you could actually get properly hooked on fizzy pop???!?!?!) but felt so much better the other side of it.

Its now been over 2 years since I last had any coke/pepsi, and it was easy to not have any as just looking at the bottle/can/logo reminds me of how frickin' awful I felt and what it did to me, plus now through LL I've seen that it was my absolute no.1 trigger food.

I still had the occasional Fanta or Sprite but they don't have the same effect for some reason.
G

glad im not the only one pete! 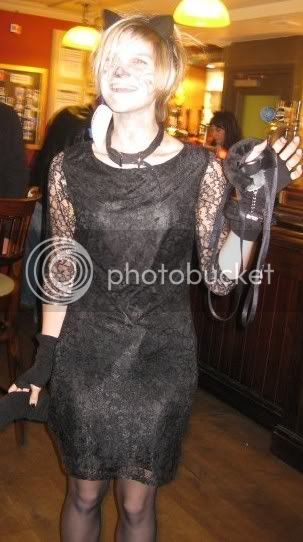 Anybody looking for a diet buddy?