Strawberry Madness said:
Really glad things are looking up! Not the weight though that’s going wayyy down wooohoo
Well done
Click to expand...

Haha yeah pity it's all water weight though LOL
My diary https://www.minimins.com/threads/piggy-no-more.359503/

S: 26st3lb C: 21st13.2lb G: 9st1.9lb BMI: 51.2 Loss: 4st3.8lb(16.29%)
I sent my scales back and will be using the ones I already have (I checked them all over the house on the board and they showed the same weight as the new ones) so that will be a bit of money back in my account.
We rescued a stray cat yesterday, then found the owner who didn't want him back so we now have him. Had him neutered and chipped this morning and he has to stay in for a few weeks. He's hiding under a bookcase at the moment bless him 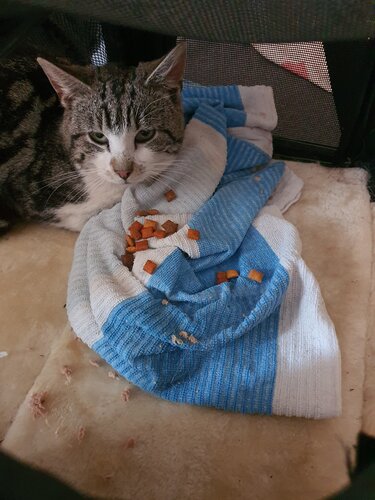 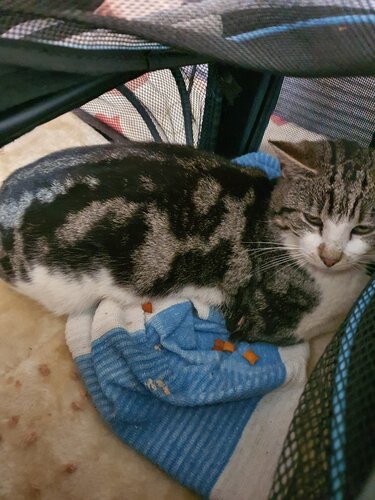 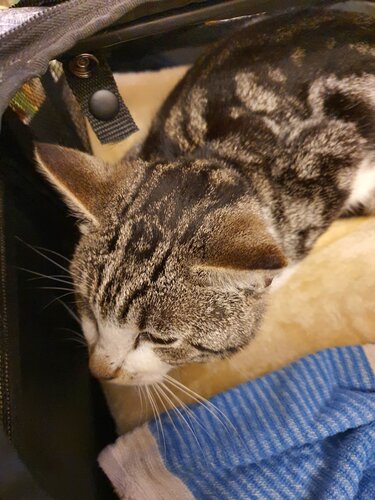 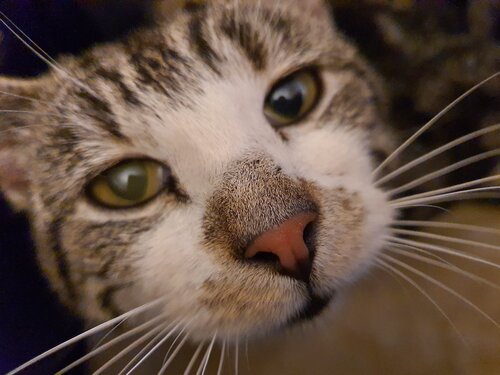 Feeling so tired today-think I will have an early night.
My diary https://www.minimins.com/threads/piggy-no-more.359503/

Remove the barriers from your mind, overcome the excuses holding you back and go and achieve your goals in 2020.

S: 26st3lb C: 21st13.2lb G: 9st1.9lb BMI: 51.2 Loss: 4st3.8lb(16.29%)
Well after my good intentions I crashed and burned. I had a fibro flare up and basically cheated for 2 weeks. Idiot me LOL
I am back on it now though-this is day 3 again and I've been 100% so far. Honestly I am kicking myself for wasting another 2 weeks but at least I haven't given up I guess. I decided to try something different and not weigh myself until Sunday to see if that keeps me more motivated. I've always been a daily weigher but the minute the scales don't move for a few days I get discouraged.
I've also decided to not buy any of the snack bars this time round...they are too nice and I can easily eat 4 at once and that then makes me want to eat more. So I figured best to leave those alone for now. The crisps (on plan from New You) don't seem to have the same effect so I can keep having those. The meal bars also don't have that effect on me. The wafer bars are just so yummy. What I will do is introduce those in 12 weeks' time when I have my 2 weeks break-I decided for the break to have an extra pack and snack rather than adding in food. I really want to be a lot smaller by Christmas for once.
I'm trying not to look too far ahead this time. My first goal is to lose a stone and my reward will be ...probably something kpop related I am currently obsessed with this song so will probably buy the album that it's from.


It's struck me that I've spent the vast majority of my life obese. I really don't even remember what it feels like to be slim. I was a size 12 before I went to uni and I weighed 13stone so I have no idea what size I will actually be when I get to goal weight. I look at the photo of me when I was 16 and can't picture being that size. This is me at my smallest (ignore the bad hair and glasses) 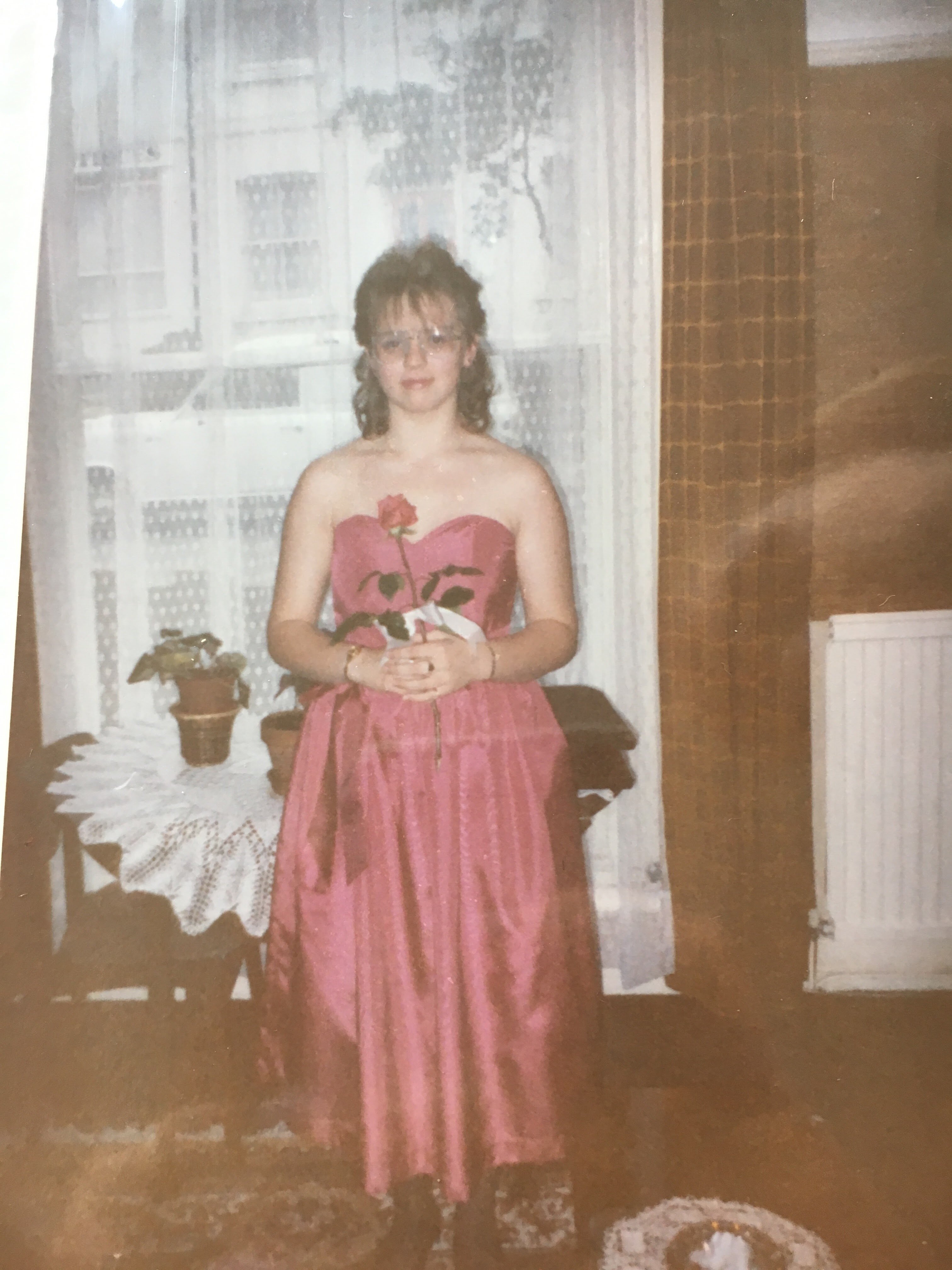 Back then I thought I was fat and so did my mum who was always telling me off for eating too much. So when i went to uni I ate whatever I wanted whenever I wanted and gained weight very quickly. By the time I was 21 I was a size 20 and over 17 stone. I've been trying to lose weight ever since but all that's happened is I lose some and then gain back more so I've had enough. I will be 50 next year and I do not want to be this size then. I'm just so sick of it. I have wasted all my life being fat and I am done with it.

you will get to where you want to go with your mindset totally going to happen!

Strawberry Madness said:
Really inspiring read!
you have got this I believe you can do this as well
You have done really well so far and are able to recognise some triggers that makes you want to binge.

you will get to where you want to go with your mindset totally going to happen!

Thought of the day

If we cheat, what matters is what we do the next day...do we continue on our path of self destruction or do we forget about it and carry on afresh on plan? I've done it...cheated and then carried on stuffing my face for 2 weeks and it just wasn't worth it. I want to lose weight more than I want to eat...after all, the food will still be there when I finish the diet... 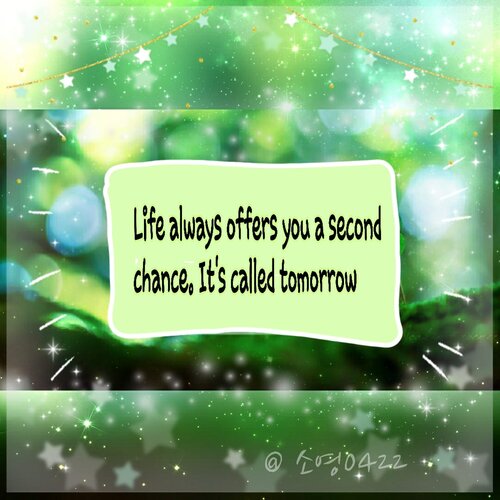 Yesterday was completed successfully 100%. Today is also going well-I'm about to have my first shake and have had 2 litres of water so far. Feeling really good about myself today.
My diary https://www.minimins.com/threads/piggy-no-more.359503/

Blubell._.0422 said:
Yep as the title says I'm going on holiday to South Korea in August this year!! I was actually planning to go next year but my daughters paid for my flights so this year it is!! I can't wait to go...except I'm huge. I lost weight before and gained it all back so this is the LAST TIME I am going to do this!! I feel very inspired and motivated right now. I'm hoping to lose at least 7 stone before I go.
Ideally I'd like to lose it all but I know that's impossible. Last time it was 7 stone in 6 months and I still have those photos for inspiration. I'm in ketosis (started last week) -I can tell because my hands are sooooo cold OMG. I'm annoyed that I let myself gain it all back tbh. I could have carried on...but a lot was going on in my life including a break up, illness(fibromyalgia diagnosis) a house move...but this is MY YEAR!!
I'll be meeting some friends when I go to Korea including someone who inspires me greatly (and I have a crush on him so.....) so I am determined to look as good as I can. Also I'm hoping losing weight will mean I don't need a walking stick as much when walking long distances or standing for a long time(I have to take Tramadol for that too).
I measured my height recently -I've always been 1.69m...now I'm 168. I have lordosis(where my lower back curves too much which means my bum sticks out a lot too) and I guess it's got worse hence losing height. I'm hoping weight loss will help that too.
I'm on 2 packs so far today and a million black teas and coffees.
Click to expand...

hey! Good luck on your journey! Previously I've lost 5 stone... Then put more back on! But not this time! Let's do it!

Since restarting I've lost 7 stone (as of today!) Still a way to go but feeling good! I'm doing lighter life and on the total plan, it works well for me. What diet are you following?
You must log in or register to reply here.