My names Emma I joined slimming world and Minimins back in May 2011, I had been to the doctors and got the devastating news that I was infertile and not ovulating at all, I was gutted. I was told to go away and lose some weight (I was 17 stone 13) and then hopefully we could be referred for IVF treatment as starting a family was very important to us.

Fast forward to August 2013 and after receiving my 5 stone loss award, I was feeling better than ever except this queasy feeling and an overwhelming urge to sleep, another member on here (Penny) messaged me to say was I sure I wasn't pregnant, I was completely sure it was impossible wasn't it?? I went home after my night shift and did the test much to our surprise there it was in print PREGNANT I could not believe it!!

Even though it was all I had ever wanted, I had a difficult pregnancy with pre natal depression and anxiety (an overwhelming feeling something was going to go wrong!) so I ate my feelings and gained weight fast, the day I went in for my c section I tipped the scales at just short of 20 stone. After my little girl was born I have tried various diets to no avail so now it's time to come back to what I know works for me slimming world with the support of minimins (I couldn't have done it without last time!)

So anyway here I am tipping the scales at 17 stone and would like to get back down to 13 stone, I look forward to getting to know you all.

Emma xx
Get Rid of this ad and join in on the conversation for free today! Tap here!

Peach and an orange

I have got a docs referral and go to class

Wish you well on your journey
​

Aaleigha said:
I am back again too
I am 5ft 3in
And started about 4 weeks ago

I have got a docs referral and go to class

Wish you well on your journey
Click to expand...

Hello! Thanks for coming by, how are you finding it so far? X

Thank you, good luck on your journey too! X

shenzi said:
Thank you, good luck on your journey too! X
Click to expand...

Aaleigha said:
Have done slimming world before get slowish losses compared to others but recognise this is my journey
My daughter bought me a fitbit charge he and hubby has bought me a pandora bracelet I chose it it's a leather one
My first bead was a clover leaf for good luck
So I have very supportive family
Click to expand...

That's lovely you have such a supportive family, slimming world is definitely harder the second time around I've found!

shenzi said:
That's lovely you have such a supportive family, slimming world is definitely harder the second time around I've found!
Click to expand...

shenzi said:
Thank you, good luck on your journey too! X
Click to expand...

Thank you I'm in it for The long run and it's coming off slowly but at least I'm losing it!xx
http://www.TickerFactory.com/weight-loss/wDjFkX6/
C

In reply to other post Not working nights anymore I do 3 12.5 day shifts now and then I'm done for the week! Are you fully qualified now? X

Dinner
Beans on toast (B+2)
Fruit

S: 16st8lb C: 12st10.8lb G: 10st10lb BMI: 29.1 Loss: 3st11.2lb(22.93%)
Hahaha I hate working too definitely am supposed to be a lady of leisure! lol. That is good your sleep pattern is better, I'm sure Eva tires you out enough without any extra lack of sleep! She is absolutely gorgeous just like her mummy, has she started nursery yet?
I'm so desperate to start trying but were living in a tiny 1 bed flat and it would just be madness. I'm 27 now can feel the old biological clock ticking lol.
Hope you've had a good day today
My Diary

S: 17st13lb C: 17st0lb G: 11st8lb BMI: 43.5 Loss: 0st13lb(5.18%)
She's gorgeous but so lazy though Clareel! No nursery she went for a few weeks and hated just before she turned 2 do seens as she doesn't legally have to go till she's 3 we pulled her out, we have been very lucky with work that Pete works Thursday - Sunday and I work Monday - Wednesday so childcare isn't needed xx 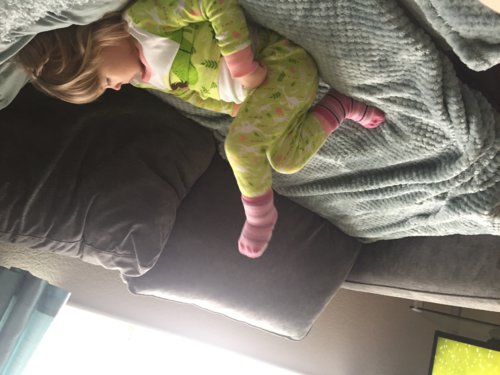 You should definitely start trying now it make take a few months/years anyway! Baby doesn't need its own room for ages so one bedroom will be enough

Lost 3lbs yesterday at weigh in!


My Food Diary is here

"Never give up on a dream just because of the time it will take to accomplish it. The time will pass anyway."
Earl Nightingale

Really enjoying t6eafing your diary. I am too a returning member, I stayed at target for 1 year and now 3 stone heavier I rejoined 4 weeks ago. Not doing to great though to be honest.
1st week-1lb
2nd week- 1/2
3rd week-1lb
4th week+2 (it was my 30th)
Total loss 1/2lb.
I have been super strong and drew a line over my gain and having a fab week this week just hoping for a good loss to make me feel like im getting somewhere.
Really nice to read other peoples jounry though and I wish you the best of luck xx
You must log in or register to reply here.