Need to get my head back in the game!!!

S: 16st4lb C: 15st13lb G: 11st0lb BMI: 36 Loss: 0st5lb(2.19%)
Hi guys,
I've tried doing diaries on here before but have never really stuck to them. I was doing really well and lost a stone in 2 months but i haven't been to group for a couple due to uni interviews etc. I weighed myself at home and +5lbs in 2 weeks!!! WTF...
I also feel demotivated as I joined with my friend but she's now stopped going and is on another diet so I kinda feel on my own.
A bit about me, I'm 19 and last time i weighed officially in group i was 15st12lbs. When i stated i was 17st so i must be doing something right... It's important that i stay on track as what I want to do in uni and as a career is very physically demanding.
I've also signed up to do a half marathon in October!!! Me run? hmm thats going to be interesting. I'm hoping to join my friends gym once I get paid as she's doing it with me some hopefully we can kick eacother up the a** to go!!!


I'm going to post some pics that will hopefully keep me and anyone else who is on here on track when we feel like throwing in the towel...

So first weigh in tonight after 3 weeks which is scary but has to be done!!!

I'll keep you updated on how it goes 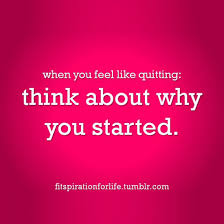 Get Rid of this ad and join in on the conversation for free today! Tap here!
RhiRhi
Target 70lbs

S: 16st4lb C: 15st13lb G: 11st0lb BMI: 36 Loss: 0st5lb(2.19%)
The scary weigh in tonight was nowhere near as bad as I thought it would be. 1/2lb on. I can deal with that. Especially as i thought it would be atleast 3. feeling really positive after tonight. Just the kick u the backside I needed. Going out for a fubdraising curry tomorrow so there will be limited choice as its a set menu but gonna be as good as possible. Doubt I'll be drinking as I'm probably going to be the one driving which is a good thing. Lets hope this motivation keeps u... Always seem to lose it by wed/thurs :/
better go get on and finish my college work... oppsey 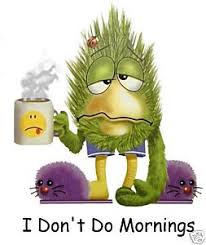 this is exactly how i'm feeling right now. and to top off being tired it also feels like i've swallowed razor blades during the n ight. I can safely say i hate the person that gave me this cold/tonsilitis/infection thing. Bleugh... Anyone got any food ideas as it's really hard to swallow atm

S: 16st4lb C: 15st13lb G: 11st0lb BMI: 36 Loss: 0st5lb(2.19%)
proper lemon tea with earlgrey is lovely. another one i have is ginger, lemon and a teaspoon of honey in boiling water. Its deffo one way to kick the sinuses back into shape lol x
RhiRhi
Target 70lbs

S: 16st4lb C: 15st13lb G: 11st0lb BMI: 36 Loss: 0st5lb(2.19%)
Want to do paramedic science in uni but portsmouth offered me Biology instead. thats not gonna happen!!! Still waiting to hear from 1 uni and got another uni interview next Wed so feeling a little better about it now as i didn't really wanna go to that uni anyway. xx
RhiRhi
Target 70lbs

S: 16st4lb C: 15st13lb G: 11st0lb BMI: 36 Loss: 0st5lb(2.19%)
Yeah, my top 2 choices are the ones i'm still waiting on so not too bad.
I've had a rubbish day food wise.
Woke up late so wasnt able to have breakfast, had a sweet chilli chicken sandwhich in coll (seriously the healthiest thing there!!!) had a small piece of choc cake cos someone in my class turned 18, 3 crumpets and then this sweet chilli glazed chicken (recipe picked up in group) so not had the best of days. I think i need to go back to the book and start calculating syns properly cos otherwise i guess then go completly off track.
RhiRhi
Target 70lbs I like this ^ hopefully joining the gym next week (got to wait for my discount card to come through first). Need to start traing ASAP!!!
RhiRhi
Target 70lbs

Found a website which helps visualise what your goal weight might look like. on the left 15st12.5lbs right 10st. Deffo prefer the one on the right!
RhiRhi
Target 70lbs

S: 16st4lb C: 15st13lb G: 11st0lb BMI: 36 Loss: 0st5lb(2.19%)
Just bought myself an aerobic stepper so hopefully even if i cant get down the gym I will be able to do something. My food routine is totally been blown out the window. I'm not eating breakfast which i know is really bad. So my lan between tomorrow and monday (WI day) is to make sure i have something to eat.
RhiRhi
Target 70lbs

S: 16st4lb C: 15st13lb G: 11st0lb BMI: 36 Loss: 0st5lb(2.19%)
Babysitting my cousins tonight, i'm sure they'll have me running round like crazy, then once they go to bed i'm going to try and fit in some body magic with my new stepper. My friends doing a different diet (slim&save) and i can't let her overtaake me weight loss wise.
RhiRhi
Target 70lbs

Gaining my life back lb by lb

L
Weight gain during lockdown! Need to get back on track! Anyone with me?