One day, in line at the works cafeteria, Jack says to Mike behind him, "My elbow hurts like hell. I suppose I'd better see a doctor!"
"Listen, don't waste your time down at the surgery," Mike replies. "There's a diagnostic computer at Tesco. Just give it a urine sample and the computer will tell you what's wrong, and what to do about it.
It takes ten seconds and only costs five quid.....a lot quicker and better than a doctor and you get Clubcard points".
So Jack collects a urine sample in a small jar and takes it to
Tesco.

He deposits five pounds and the computer lights up and asks for the urine sample. He pours the sample into the slot and waits. Ten seconds later, the computer ejects a printout:
"You have tennis elbow. Soak your arm in warm water and avoid heavy activity. It will improve in two weeks".
That evening while thinking how amazing this new technology was, Jack began wondering if the computer could be fooled. He mixed some tap water, a stool sample from his dog, urine samples from his wife and daughter, and masturbated into the mixture for good measure.

Jack hurried back to Tesco, eager to check what would happen. He deposits five pounds, pours in his concoction, and awaits the results.
The computer prints the following:
1) Your tap water is too hard. Get a water softener.
2) Your dog has ringworm. Bathe him with anti-fungal shampoo.
3) Your daughter has a cocaine habit. Get her into rehab.
4) Your wife is pregnant. Twins. They aren't yours. Get a lawyer.
5) And if you don't stop w*nking, your elbow will never get better!!!!!!
Thank you for shopping at Tesco.
Get Rid of this ad and join in on the conversation for free today! Tap here!

Gone, but who cares huh

I get so many jokes sent to me at work but there aren't many I think are good enough to share!

brilliant - thanks for sharing!
[SIGPIC][/SIGPIC]​

Queen of the Damned

Corker!
"The Lord wouldn't give you the dream ​
without the ability to make it come true."

Must remember that one
Lost 8 stone 2004/5. Now a Cambridge Weight Plan Consultant.​ 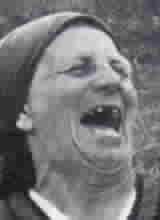 FALL DOWN SEVEN TIMES - GET UP EIGHT
(old Japanese proverb)

Russiandoll said:
Look at that - it even made my hubby's ex laugh!!

Ivy
We're really missing you, and you've only just gone.

They've not forgiven you, and you're not even wrong.

CDC Dublin
You must log in or register to reply here.