What is the Tony Ferguson programme?

The Tony Ferguson weightloss programme originates in Australia. It came to the UK in April 2010 and is available from Boots.

Two meals a day are replaced by a shake, soup or bar and the third meal is a choice of protein and vegetables. Low GI fruit are used for snacks
Get Rid of this ad and join in on the conversation for free today! Tap here! 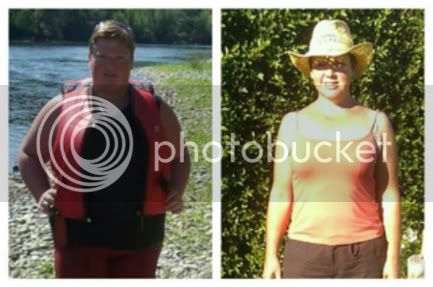 I've been on the plan for a few days - and so far am finding it really straightforward.

Although it isn't a VLCD, there are soups, shakes and bars to eat and two meals per day are replaced with these packs. One meal a day is protein based, and certain vegetables are unlimited, also allowed are 2 portions of fruit per day and around 2 portions of healthy fats per day (nuts, avocado's, olive oil etc).

I was well into ketosis, it should do depending on how your body reacts to the plan but because the carb intake is so low, you should go into ketosis.

S: 18st2lb C: 14st0lb G: 9st7lb BMI: 34.7 Loss: 4st2lb(22.83%)
Very helpful intro. Would love to hear how people are getting on with the programme! Am trying to decide which plan to start in the new year...
Do something different. If you change nothing, nothing will change.

Weight loss journey started a few years ago at 18st 2lbs. Lost 4st 3lbs through calorie counting and exercise. Working towards finally reaching target of 9st 7lbs then maintaining in 2014.

in my local store the HCA was very honest and said 'its been so long since I did the course, I cant remember much, but I'll help you as much as I can...' as I was going to another town later that day I asked her to check if anyone there was trained so I could get the initial info off them, and buy the packs from my local store.

they rang ahead and yes someone was trained...

omg, it was emabrrassing, she had no idea about the diet at all, kept saying how discusting it all tasted (having sone lipotrim before I had no qualms about flavour, to be honest, barely palatable is best as it stops you wanting more of the shakes).

she basically refused to weigh and measure me as it was too complicated, so she asked a pharmacist (who hadn't even done the TF course) to weigh and measure me, I found out the HCA did not know how to do the BMI on a calculator - DOH! (after someone has gone throught it with you once this really is a no brainer!) in the end even the pharm measured and weighed me with my shoes and coat on! (guess who's gonna have a great first weigh in! lol)

at the end of the torture, I mean consultation, i asked about the training and support that is offered, and she just said, oh yeah you get all that too, and I asked how I logged on to the website, there must be a password or member number or something, otherwise just anyone could log on, and she scratched her head for several minutes before presenting me with a pink card with a number on.

so I now have all the gear and no idea! lol time to get reading of the book.

I'd be interested in hearing others stories of how there local store is.

happy New Year to all,

Oh dear that sounds like a horrid experience, there is online support on the TF site if there is anything you need to know. The reason i'm doing this diet as apposed to slimfast is for the weigh ins and the support. I hope my local boots are better but still feel really sorry that you had to go through all that.
Did you go into a room, please tell me this isn't done on the shop floor? Well lets see how i get on, i shall be reporting in on Wednesday to let you know.

I hope you do it or else I'll be on here on my own surrounded by tumbleweed!

I didn't realise that Boots did all that! I just went in, picked up the folder, picked up a weeks worth of shakes and went on my merry way. Perhaps if they did all of that then I would have stuck to it.

It is easy, I wasn't hungry in the slightest, but the taste of the packs leaves a bit to be desired - the soups in particular weren't very nice -but then not many of these things are wonderfully tasty.

Will keep a look out to see how you're getting on

What is your favourtie flavour?
I think I'll get phone calls from them, I'll ring them when I get back from my weekend away.

G: 10st7lb
oh i'm boring - chocolate shakes are about the only thing I can stomach - I'm the same with all the shake based diets I've tried!

I didn't try the jelly, how have you found that?

I have a dessert at home but not made it yet, there is also a brownie recepie with the shakes, not tried that either yet.

The mint is not good, and I love mint usually.