calling all GI'ers !!!
Hi,
I am sure i have seen a thread for peeps following a GI way of eating and i have just embarked on this myself in a more serious dedicated kind of way, as I have fluffed about with it before doing LL, I would like to continue to lose the odd lb as i am not quite where i would like to be yet although very happy to be 5 1/2 st lighter than I was in january of this year!! I would like to use this as a maintenace/ lose a few lbs way of eating as it fits in well with the family and I love fruit and veg!!( why did I ever get fat in the first place???)

I also saw a thread which had some one mention Quinoa burgers which i liked the sound of so if anyone has that recipe then i would love to try it!!

It was me who mentioned the Quinoa Burgers!

If you can get a copy of Rick Gallops Green light recipe book, find the recipe for Buckwheat burgers and simply use quinoa instead (or if you private message me your email address I'll scan it and send it to ya!).

I've only being doing the GI diet for a month so at the moment I do rely quite heavily on my books - but I'd be happy to scan you some recipes if you give me an idea of what you like (sssh...). And there is a few on the GI Diet website.

In four weeks I have lost 9 pounds and I feel wonderful healthwise and have loads of energy! I think it makes a great diet and maintenace plan... And I think it is also an excellent diet for those of us who need to lose weight that don't have food issues - yes I am obese but I have never really been a binger (I am not passing judgement on those who do or have done ).

look at GL too... it seems easier to me.
I have bought about 5 books so far, as I am still on LL , with about 1.11 stone to still go and then It will be away of life for me.look at diet freedom. they have a website.
First goal..... my lowest weight

YAY! I belong somewhere at last

The GI Diet is great!

Hello to all fellow GI/GL dieters.,
have heard of GL but dont have any books, which ones do you recommend?

Thanks to curvey chicken ( want to say curried chicken,mmmmm) for recipe, will try those burgers and report back my findings. Well done on your losses so far, what have you been eating ? would love to see a typical days diet as i am also keen to shift a few lbs this way, but at the moment my body seems to be hanging on to everything it gets!"!!!

One of the great things is about the GI diet is that there is loads of flexibility in it! I don't know what a typical day is... Well actually thinking about it - I have quite a set routine for brekkie and lunch, but dinner can be basic or amazing depending on what you fancy.

1 slice of toast with roasted tomato (thanks to Inloko for that recipe) and fried mushrooms (olive oil or frylite).

Porridge with fruit (frozen berries chucked in is yum)

If i am in a hurry I also occasionally just have two slices of toast with marmite or laughing cow cheese... 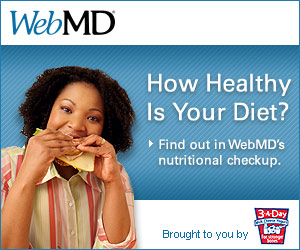 Pros and Cons of High-Protein Diets

Football Players Bulk Up With Protein

Sept. 5, 2006 -- Eating protein triggers a natural weight-loss hormone, British researchers say.
When released in the gut, the hormone known as PYY reduces hunger. And high-protein foods set off PYY better than other foods, according to Rachel L. Batterham, MD, of University College London, and colleagues.
Recent studies suggest PYY is part of the solution to obesityobesity. Compared with a normal-weight person, for example, an obese person has to eat twice as many calories to trigger PYY.
"We've now found that increasing the protein content of the diet augments the body's own PYY, helping to reduce hunger and aid weight lossweight loss," Batterham says, in a news release.
If this sounds like the Atkins Diet, Batterham and colleagues say it's not. They note that many people on the Atkins Diet eat a lot of saturated fat as well as a lot of protein.
Obesity, Men, and Mice
Is PYY really the key to obesity? Batterham's team first looked at what kind of food best satisfies hunger. They studied nine obese men and 10 normal-weight men. After brief fasts, the men ate different meals. Each of the meals -- a high-protein meal, a high-fat meal, and a high-carbohydrate meal -- had the same number of calories.
All the men said the high-protein meal best satisfied their hunger. Interestingly, the normal-weight men found the high-fat meal more satisfying than the high-carb meal, while the obese men did not.
Measurements showed the high-protein meal triggered the most PYY in all of the men. In the normal-weight men -- but not the obese men -- the high-fat meal triggered more PYY than the high-carb meal.
Batterham's team genetically engineered a mouse strain that did not have the PYY gene. These mice ate huge amounts of food, and quickly became obese.
Normally, obese mice fed a high-protein diet will eat less and lose weight. But a high-protein diet didn't help the PYY-defective mice lose weight -- unless they also got PYY treatments.
Hunters vs. Farmers
Why does protein trigger PYY and satisfy hunger so well? It's not entirely clear. But Batterham and colleagues suggest we blame our ancestors.
The prehistoric humans whose genes we inherit had a different diet than we do. They got 19% to 35% of their energy from protein and 22% to 40% from carbs. Our modern diet gets 49% of its energy from carbs and only 16% protein.
"One potential weight loss strategy is therefore to increase the satiating power of the diet and promote weight loss through the addition of dietary protein -- harnessing our own satiety system," Batterham says. "Such a diet is perhaps more typical to that of our hunter-gatherer ancestors."
The findings appear in the September issue of the journal Cell Metabolism
First goal..... my lowest weight

I STILL mean it!

I'd recommend the GI diet by Rick Gallop, has all the info you need for dieting and maintaining. You then may want to spalsh out on some recipe books (there a few in this first book).

i am going to buy the recipe book today, I have the first rick gallop book and have made the muffins with all the bran and apple in them and they are great and do tatse like a treat!!!

I am how ever more interested in vegetarian food as I am not a meat eater and as i have a veggi son, it would make sense to cook for us two together!!
Rick does seem tolike his meat so if anyone has any veg recipes I would be interested.

I have weighed this morning so I havre a base line to see what i can lose eating this way, 11,7,4 so I am going to do the sane next friday and report my findings!!

Next week I'll help you out with the veggie stuff - my boyfriend is veggie so I have a few tips and ideas! But really busy today with work today and then off to Oxford for the weekend so when I come back I promise to help out. But if you are gonna get the green light recipe book you'll be pleased to know it does have a veggie section.

Didn't get a chance to buy book today so would love the quinoa burger recipe, if you wouldnt mind.
Thanks
L

OOH thanks have a good weekend, looking forward to hearing from you soon.
1

lavender said:
Hello to all fellow GI/GL dieters.,
have heard of GL but dont have any books, which ones do you recommend?

Thanks to curvey chicken ( want to say curried chicken,mmmmm) for recipe, will try those burgers and report back my findings. Well done on your losses so far, what have you been eating ? would love to see a typical days diet as i am also keen to shift a few lbs this way, but at the moment my body seems to be hanging on to everything it gets!"!!!
Click to expand...

I have the Food Doctor book which seems good and I was thinking of getting the recipe book to go with it, but I will look at some of the other recommendations on here first.

Can anyone tell me if any of the GI books have a selection of recipes that can be frozen? Although I do plan to cook from scratch as much as possible, with kids, work and all of their after school activities, some days I don't get much time. I thought that if I had some meals already prepared in the freezer, it would help me avoid less healthy options when I was short on time. My plan would be to cook and freeze a few things once a week (or once a fortnight) so that I could just reheat as necessary.

Dawn
Week 1
Week 2
Week 3
Week 4
You must log in or register to reply here.

2 August 2022
Moonagedaydream
M
M
I am back. Anyone used maintenance foods after a small weight gain years later?