S: 29st12lb C: 25st9lb G: 12st0lb BMI: 51.5 Loss: 4st3lb(14.11%)
Haha I ate them seperately - the chocolate bar was at the cinema (saw the Gentlemen and thoroughly enjoyed it) But I did eat the other things togetehr - i was craving yogurt and museli as my oh was having it so I stuck the flaked almonds in the yogurt with fruit for a bit of texture (and it wasn't bad!)

I have just ordered 5 pork scratching advent calendars off amazon because they are reduced from £20 to £3.99 but I will give two to my dad. Nice way of getting snaffling pig which are at the expensive end of pork scratchings and also these portion (9g) are a nice size for work snacks without going mad.

Today I downloaded an intermittent fast app to try and see how long my fasts are - I suspect due too a tendency to eat late I don't quite make it the 16 hours most days. I also recieved an order from carbzone with low carb torillas that weren't extortionately priced and a load of whey protein powder that they were giving away because it's out of date.

But I also have to nip out ot the post office because the smart light switches I ordered with my Christmas money require neutral wires and aren't suitable for the wiring in our house. V annoying but I can get replacements and eventually my house will be completely poised to murder me in my sleep with it's upgrades.

L: Leftover sausagemeat stuffing.
D: Planning on using one of my low carb tortillas for some sort of mexican chicken wrap with onions peppers, cheese and sour cream.

Snacks - might have a waffle or a nick's chocolate bar if we head to the cinema.

tipperary said:
Great thanks. I never look in the freezer in Aldi as ours is next door to Iceland
Click to expand...

Oh that's handy at least but yes would steer you clear of the freezer section. In our Aldi they were on offer for I think £1.39 (not sure what they usually are but Tescos are £1.99 and they are cheaper than them)

And enjoy the tortillas! I used to love the Mama Lupe and Joesphs (?) ones from the Low Carb Megastore.
New start, new me!

S: 29st12lb C: 25st9lb G: 12st0lb BMI: 51.5 Loss: 4st3lb(14.11%)
They are the nicest ones i've tried and also they are the kind of pork scratching that's a bit lighter so all crunch but not tooth breaking and without those pockets of underlaying fat (which i don't like) anyway I love a bargain.

I have heard mama lupe is better than carb zone but carb zone are still decent and well the low carb megastore wasn't giving away whey protein so I went with the one i was already paying postage for - I need to get off the internet though and stop finding bargains - January is a long month and I'm away with work mid month so that's an extra expense.

ladyfelsham said:
I know, same - I've virtually spent all my pay and it doesn't happen until the 20th
Click to expand...

24th here and January is always the longest month it's a long way off.

I did however finally get off my arse and join a pool because they had a joining offer for £25 a month - they don't take the direct debit until the 1st of the month. (online did say you had to pay a prorated charge in the gym but they did not ask me for this and I did not bring it up.) Maybe my first direct debit will include it but that's fine it's after payday.

I was umming and ahhing between several options, I think I've been a member at nearly every pool going locally. I've had pros and cons and everything (I've included some details of why I was faffing. The main one is that I don't drive so if a pool is not easily accessible by public transport I will end up faffing about and not going.

Rejoining council leisure (pros - £24 a month because they'll believe I'm a student with my NUS card off my OU course, big pools, lots of classes, cons- stupid opening hours for people who work, classes i like (aquafit) all fill up so quickly so you have to be at the computer two weeks in advance ready to book as soon as they are released, no towels available and the main one, all pools tricky by public transport requiring two buses thereby really shooting down the chance I'll actually go.

Mariott - Pro great opening houts 6-11, only one bus, has some classes (mainly during 9-5 weekdays tho) con: cons: 15 m pool, expensive (£44ish, also charges for towels which I find ludicrous given the membership price, buses that go there very frequent during day, infrequent at night when lets face it I'm more likely to go.

My aim is to start with twice a week. Not go gung ho and every day and then get sick of being good (a thing I have done many times.) But I might do every day for the rest of this week just as I'm off work.

Food wise I made some peanut butter fudge yesterday - it's nice but I think I need to buy some sweetener other than erythritol as apparently the cooling effect is less noticable in blends. You can definitely taste the cooling effect but texture wise it's very fudge like.

B: IF (managed 17 hours)
L: two bits of peanut butter fudge
D: Mexican chicken and low carb wrap (did not in fact eat this yesterday - instead I made another waffle)

S: Biscuit and slice of cake from the low carb and keto bakery

I feel like my menu choices might really scrap any chance of low carb curing me of sugar addiction! 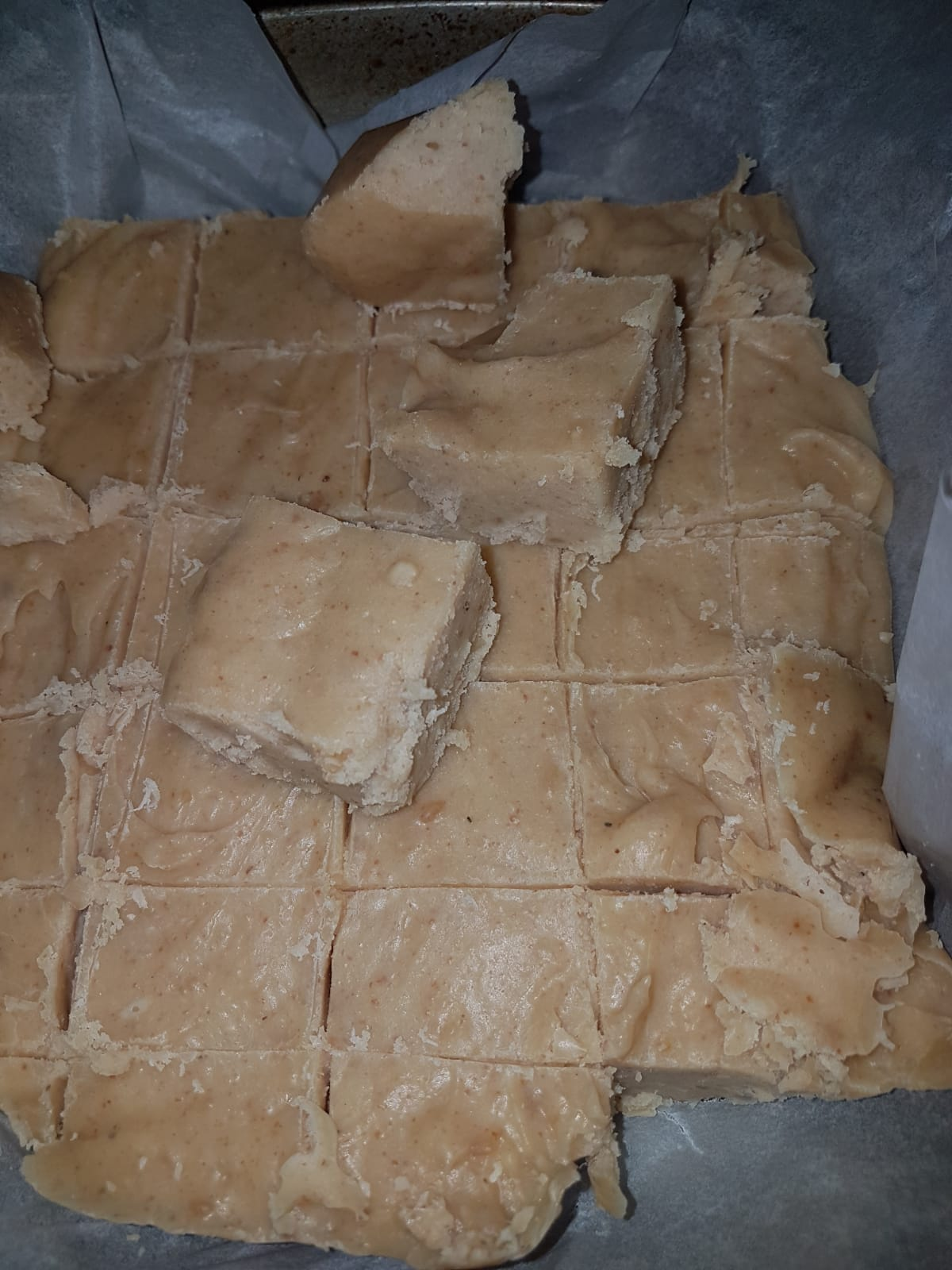 Well done on signing up to the pool hun, sounds like the Crowne Plaza is a good bet - and maybe see if you can convince yourself that the walk is all part of the swimming exercise...
New start, new me!

Yeah I have even dug out my waterproof mp3 player for tomorrow. Getting back on it. The walk will be fine in summer and it's not far enough to set my back off but cold air and my asthma can be an issue which is why I've been trying to find a way to swim without walking - and you never know when i'm a bit fitter maybe i'll have a look at the gym.

S: 29st12lb C: 25st9lb G: 12st0lb BMI: 51.5 Loss: 4st3lb(14.11%)
Well so much for everyday swimming - i had a two day migraine thursday/friday which meant I missed my dad's birthday so I went round yesterday but then I went round for a belated christmas game night at a friends. I took caramelised nuts, low carb coconut ice and home made white chocolate (essentially sweetened cocoa butter but it's vegan and low carb so there was that.) Also had a lot of prosecco which with champagne is the lowest carb wine

The coconut ice was interesting, definitely edible, definitely could be improved, it was really crumbly like i hadn't used enough coconut oil but then the bottom was more oily like it had all sunk - next time I make it I might set it in the freezer so it sets quicker before the oil all sinks.
Today
B: IF
L: Waffle (made this one with protein powder - preferred the almond flour mix) and zero syrup and cream.
D: Cauliflower cheese and bacon soup.

And YUM to dinner, that sounds lovely!
New start, new me!

The soup was amazing except for one thing, I made it in the slow cooker and when I blitzed it I caught the slow cooker liner and so there is the odd tiny bit of plastic in it. (Whups)

ladyfelsham said:
WTG on the STS - but oh dear on the slow cooker, be careful about the non stick stuff getting in your food, won't you x
Click to expand...

Oh it was one of those liners you put in to save cleaning the slowcooker, I use them all the time for stews and chilli but never thought they would be no good for soup I want to whiz up! My slow cooker is ceramic no non stick on it (hence why I use the liners as it's a bugger to clean!

ladyfelsham said:
I always wondered if those liners worked - so yes is the answer (but not for soup lol).
Click to expand...

More work travel today - off to Leamington Spa for a two day training course. With a vegan colleague so restaurants will once again be challenging. But at least he's not low carb like my vegan best friend so it's more doable

I worked from home this morning so fasted until I went for the train and took some fudge, cheese and bacon with me. Probably not the best idea though as could have cooked something more substantive but I won't be fasting tomorrow or thursday due to the course (and hotel breakfast being available) so I wanted to today.

B: IF
L: Pack of precooked bacon, 2 mini cheese sticks and two bits peanut butter low carb fudge.
D: Who knows? My colleague is looking for the best restaurant on trip adviser we can afford on our expense allowance.

I bought a lot of pork scratching advent calendars off amazon as they were reduced to 3.99 instead of £20 so have some very mini packs of pork scratchings and some low carb chocolate to see me through snack needs while I am away.

snowbryneich said:
D: Who knows? My colleague is looking for the best restaurant on trip adviser we can afford on our expense allowance.
Click to expand...

Love it! Enjoy L Spa - I always lked it as a town. Enjoy the chocolate too, I've got none in the house .
New start, new me!

S: 29st12lb C: 25st9lb G: 12st0lb BMI: 51.5 Loss: 4st3lb(14.11%)
Didn't see much of it as it was dark when we got here and we'll be spending the day light hours on a business park for the training. My colleague found us a japanese place and i had Chicken Kara-a-ge (didn't appear to have batter) and Spicy Pork Bulgogi with lettuce wraps. which i feel were very good choices considering. I also had two gins and slim line tonics. Now back at the premier inn (definitely a down grade from my last business travel haha)

Hope the training goes well and you're pleasantly occupied all day .
New start, new me!
You must log in or register to reply here.